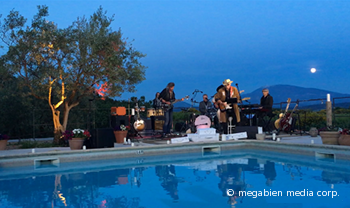 The studio album A Long Way of megabien artist Stasan has officially been released today during a VIP event at a private winery located near the French village Vaison La Romaine. The VIP event is followed by the official CD release concert that is taking place tomorrow Saturday.

Both events are produced by Megabien Entertainment.

Stay tuned for more information, pictures and videos coming up ... .