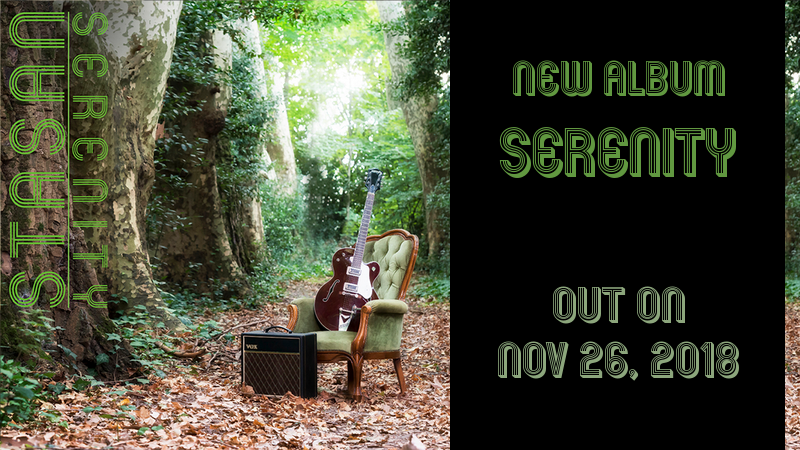 In comparison to STASAN´s previous two studio albums, SERENITY is certainly a more rock-style album, and is closer to STASAN’s roots, the rock of the 60’s. STASAN’s lyrics of the full-length studio album were inspired by current political events such as in “REFUGEE”, “THE LORD” or “STILL ALIVE”, but also by day-to-day life observations like in “DON’T GIVE UP” or “GET YOURSELF ANOTHER MAN”. But, there are also some love songs included, “YOU AND ME BABE” and “AMELIE”.

SERENITY has been recorded, mixed and mastered at the megabien studios in the Provence. Serenity is available worldwide on iTunes, Apple Music, Deezer, Amazon, and many more. 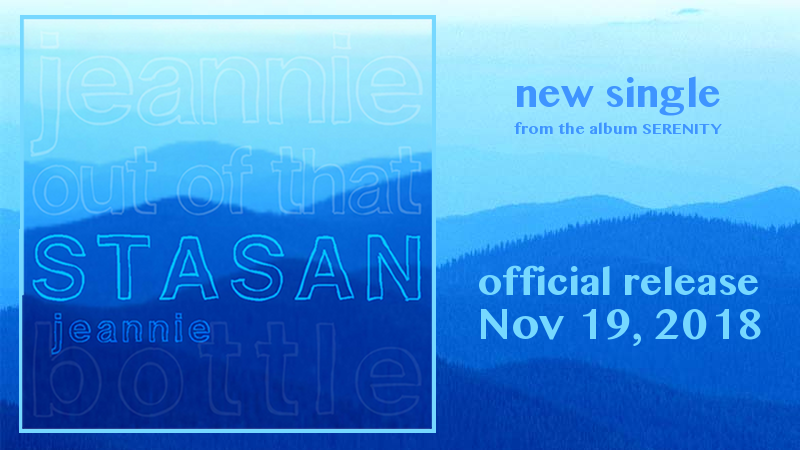 German born singer songwriter STASAN, now living in the sunny Provence in the South of France, releases his single JEANNIE on November 19, 2018, a pre-release from his third studio album SERENITY that will be published by megabien music on November 26, 2018.

JEANNIE written by STASAN is the result of his collaboration with French musicans: Franck Ridacker on drums, Stephane Allemand on bass and the very talented, young guitar player Sam Tallet. The song is about Jeannie, «the Lady in the bottle», which was a very successful TV series with Barbara Eden and Larry Hagman («Dallas») in the US and Europe in the sixties.

JEANNIE has been recorded, mixed and mastered at the megabien studios in the Provence. 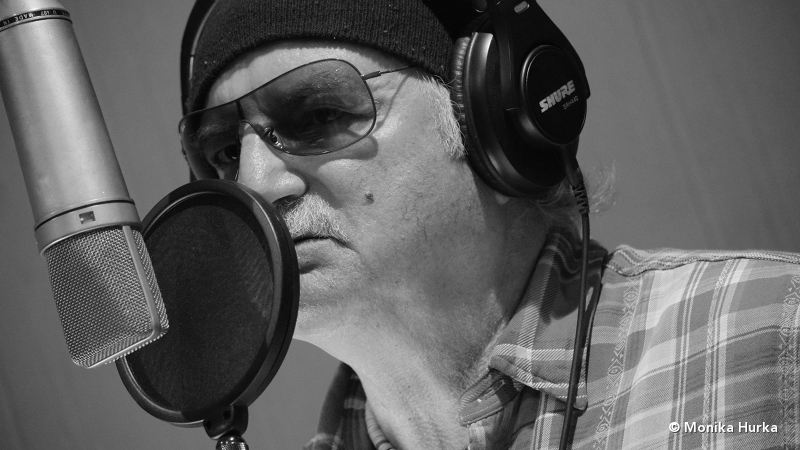 The new album, entitled "Serenity" with the participation of mainly French musicians, is more upbeat and is scheduled for release on November 26, 2018.

Further details of the upcoming realease and promotion activities to be announced soon.

Artist, Stasan, will be bringing his classic and soothing rock songs, ballads, and sound to the Odenwald in Germany. This concert is presented in a larger arts event called Art-Aktiv-Odenwald, this year in its 5th edition. The Stasan performance, happening on Sunday afternoon, will be a main feature.

For more information you may visit here. 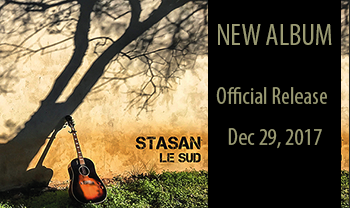 I have the pleasure to announce the today’s release of my album “Le Sud”, now available on iTunes, apple music, amazon mp3, and on many more major online platforms internationally.

Again, I want to thank all of you who have tastefully contributed to the production of a wonderful album. It was a pleasure working with you on this second studio album.
You’ll find a video of “THERE WAS A TIME” available on my website, on YOUTUBE/stasanmusic or on my facebook-page.

with peace and love,

The new studio album of megabien artist STASAN, produced in Minneapolis/USA, Odenwald/Germany and France (Corsica and Provence) will be released on December 29, 2017. All songs are again written by STASAN and are produced in Minneapolis/USA, Odenwald/Germany and France (Corsica and Provence). But “Le Sud” is not only about the South of France, it includes also songs translating STASAN’s relentless criticism of injustice and racism, as well as his message to build a world without hatred, such as “Running Out Of Time, or “There Was A Time” that describes the steal of Indian land in North America. This second studio album confirms STASAN’s unique, straightforward, personal songwriting and guitar style that is influenced by his musical life in Germany during the 60’s. The participation of musicians from Minneapolis, such as saxophonist David Eiland (David Bowie, Janet Jackson, Human League etc.…), and others from Germany and France have tastefully contributed to STASAN’s second album, amplifying its special style between Rock and groovin’ ballads. 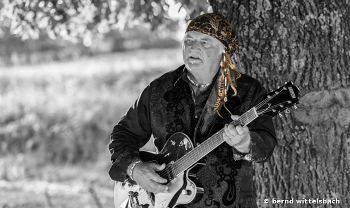 A photo shoot with STASAN by renowned German photographer Bernd Wittelsbach recently took place in the South of France.

"Le Sud" is set for release on the megabien music label in October 2017. The first single “Je N´En Sais Rien” in support of his second studio album was released in November 2016; the single´s music video was also produced in the Provence and can be watched here.

Bernd Wittelsbach is a people, nature and commercial photographer, specializing in corporate photography and images telling stories on its own, concentrating on the motive, the scene and the situation. In 1989, he founded, together with German photographer Andreas Mechmann, the photo studio Kontrast Fotodesign based in Frankfurt, Germany.

Bernd has realized projects for multi-national corporate clients such as Siemens, Nintendo Europe, Esprit, Asbach Uralt, DuPont or Randstad. Besides his home country Germany, he has worked around the globe, such as in India, USA, Morocco, Italy and France.